Passion BPM had the honor to meet one of the revelations of 2015 in the Hardstyle scene. They have implemented their specific vision of Hardstyle all over Europe and they have a lot of exciting projects coming up for 2016. What to expect of them at Knock Out !, the story behind the track Froz3n and many more things are on this interview. Enjoy ! 🙂

Passion BPM : Hey, it’s a big honor to have the opportunity to chat with you. I have lots of questions to ask you. But before, can you introduce yourselves quickly ?

Sound Rush : Hi guys ! Thanks for having us ! We are Jeroen & Martijn, twin brothers from Holland, living in Belgium. We are 24 years old. Our hobbies : making music of course. We spend like 80% of our time together, making hardstyle music. If we got some spare time, we hang out with friends, playing some darts and soccer.

Passion BPM : How many BPMs are your hearts beating ? What are your favorite music styles ?

Sound Rush : Both of our hearts are beating at 150 BPM of course. But, we also listen to some drum and bass and progressive house music. For instance, we really like Madeon which is a French producer. We fell in love with Hardstyle music in 2006 when we heard Power of The Mind by Headhunterz.

The most important thing in music for us is the feeling in a track.

Passion BPM : When did you start to produce ? Why did you choose to make the music your job ? Did you start directly with Hardstyle ?

Sound Rush : We started with looking thousands and thousands tutorial videos on Youtube: “How to make a lead?”, “How to make a kick?”, etc. We learned how to make a melody with trying it time and time again. Sometimes we write our own lyrics for our tracks and most of the time we contact someone to sing the vocal. In the past, we also produced some house music but that’s just so we can use our creativity. Our heart beats for hardstyle ;).

Passion BPM : What is the most important thing in music for you ?

Sound Rush : The most important thing in music for us is the feeling in a track. It needs to be catchy and to stay in everyone’s minds.

Passion BPM : It’s not usual to see brothers, especially twin brothers in the Hardstyle scene. Can you explain to us if the fact you are twin brothers is a good or a bad thing for your career ? It would be special to see “two Sound Rush” if you separate 😛

Sound Rush : That’s a difficult question haha 😛 We have grown up together of course and we still live in the same house with our parents. So we don’t know what it is to work or live separately. 🙂 But it’s a huge plus that we share the same passion for hardstyle music. 😛
And we can’t imagine to split up, that’s just not possible.

Passion BPM : Do you have some cool new tracks or collabs in preparation ? And if yes, with who ?!

Sound Rush : We just finished a new single track called United Forever and our collab with Exilium who is a really talented guy 🙂 We love his stuff. (He will be at Lyon the 25th of march. Don’t miss him !) At the moment, we are working on a collab with Arkaine which will be something a little harder than usual. Furthermore, there are some plans with others but let’s keep it secret until the festival season. 🙂 We also finished 2 remixes, for S-Dee and Blademasterz, which will be released this year. We are also working on something « very » special but that’s a secret too. So keep an eye on our socials and you will hear about it first 😉

Sound Rush : We choose Sound Rusherz because we have a kind of rush in producing and dj-ing. We started with Sound Rusherz and when we signed with a new management we wanted to give it a fresh start and changed the name into Sound Rush.

Passion BPM : When you’re performing, you blend your own tracks with nustyle from 2008 to 2012. Why did you choose to do that ? And what can we expect for your set at Knock Out vs Cyber ?!

Sound Rush : It’s because we « grew up » with the older tracks and it gives us a special feeling playing them. We always experienced them when we danced to it and now we can play them by ourselves. They also fit perfectly when we combine them with our own tracks. Feels perfect to us. 🙂

Passion BPM : We also find it’s a perfect blend. Will you play the same kind of set at Knock Out vs Cyber ?

Sound Rush : We guess so, but this time we will play more of our own tracks because it’s some kind of a battle.

Passion BPM : Ok great ! Can we expect a collab with Cyber ?!

Passion BPM : Aha cool to hear that. What is your biggest achievement until now ?

Sound Rush : Music wise, it’s the number 1 position for 3 weeks with Froz3n (hardstyle.com) which was a hit in hardstyle world. With dj-ing, we would say experiencing the Decibel mainstage, it was an unforgettable moment. 🙂

Passion BPM : We absolutely fell in love with Froz3n. What is the story behind this track ?

Sound Rush : We received the vocal from a friend and he said : “Guys, this could be something for you guys.”. When we heard it, we instantly fell in love with this catchy vocal. We had a melody in our head and created the melody in just 10 minutes. The overall track was finished in just 1 week.

Passion BPM : Oh cool. And now, what is your ultimate dream ?

Sound Rush : Expanding our passion and vision on our hardstyle around the world. We really want to create our own (vocal) euphoric style.

We want to expand our vision on hardstyle music.

Passion BPM : Who are your biggest inspirations ?

Sound Rush : Difficult because we’ve grown up with the big names like Headhunterz, Wildstylez, Brennan Heart and D-Block & S-te-Fan. So we would say : all of them! Haha 🙂

Passion BPM : What is your top 5 tracks of all time ?

Sound Rush : “Tonight” by Noisecontrollers, Wildstylez and Headhunterz, “Imaginary” by Brennan Heart, “Power Of The Mind” by Headhunterz, “Lost In Paradise” by Max Enforcer, “War Coz I’m Hard” by D-Block & S-te-Fan and “Timeless” by Wildstylez. Oh that’s 6 😛

Passion BPM : What is your opinion about the current Hardstyle scene and the loss of big names like Showtek or Headhunterz ?

Sound Rush : We respect their decisions. We think that Headhunterz and D-Block & S-te-Fan made the scene as big as it is today. They reached everything they could in hardstyle and played everywhere… We understand that they changed their way of thinking about music, if that is the reason that they crossed over to another style in dance music.

Passion BPM : Can you imagine leaving the hard scene in the future if you have reached everything ?

Sound Rush : Not at the moment. At the moment, we only want to expand our vision and dedication with our hardstyle music.

Passion BPM : What is your opinion about “EDM” in general ? Do you think the explosion of electronic music in general and festivals like Tomorrowland is a good or a bad thing ?

Sound Rush : It is for sure a good thing that EDM Is very popular worldwide. And it’s really good to see that hardstyle is taking over the world. This means that there are more chances for us to play at great parties !

Passion BPM : Have you ever played worldwide ?

Passion BPM : Great. Can we expect to see you in France in the near future ? 😛

Sound Rush : Hopefully ! We heard good stories from Code Black who we speak sometimes. He really loves to play at XSES Nightclub.

Passion BPM : To conclude, can you give some advice to young DJs / producers ?

Sound Rush : Just focus on the things that you like when making music. For example, if you love making melodies, spend days on it. That’s how we’ve learned it. For questions and tips, there is a hardstyle producers group on Facebook created by Code Black which helps a lot.

Passion BPM : Last but not least, what is your favorite alcohol ?!

Sound Rush : To be honest, we rarely drink alcohol 😛 We never drink beer because we don’t like it (it’s a shame, living in Belgium 😛 ). But if we drink alcohol, it’s Malibu Cola or Wodka Red Bull.

Passion BPM : Ok let’s drink some Wodka together someday ! Thank you very much for this interview. We hope you will continue expanding your vision of Hardstyle worldwide in 2016. We can’t wait to see you perform in Rotterdam for Knock Out !

Sound Rush : Thank you too and see you at Knock Out ! We hope you will have a good continuation on your website and would love to meet the readers. 🙂 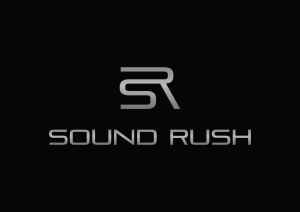